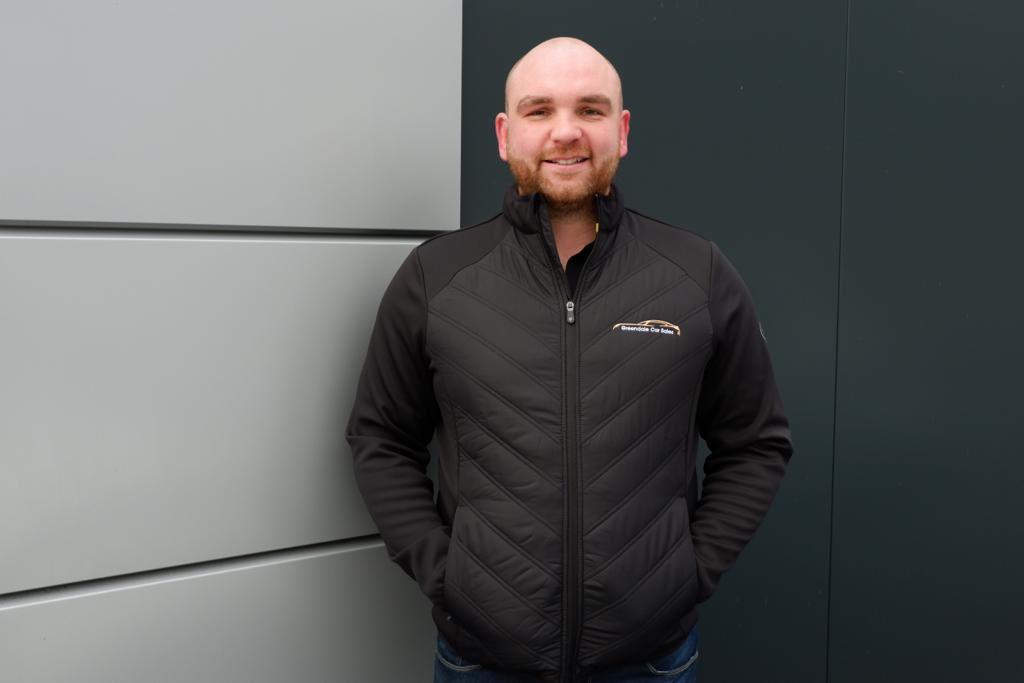 Nick Mactaggart - Managing Director
Nick started Greendale Car Sales back in 2010 buying & selling cars from home. Strongly focused on customer experience, the business has grown from strength to strength since then. GCS relocated to Galalaw Business Park in 2016 where it has continued to grow and welcome great members to the team along the way.
First Started In The Motortrade - 2010
Favourite TV Series/Film - The Office (US) & The Wolf of Wall Street
Hobbies - Taking Hugo & the dogs out for walks or digger spotting, the odd game of Golf and meeting the boys for a few sociables
First Car - 1992 Volkswagen Scirocco
Dream Garage - Porsche 911 992 Turbo S, Porsche 930, classic mini 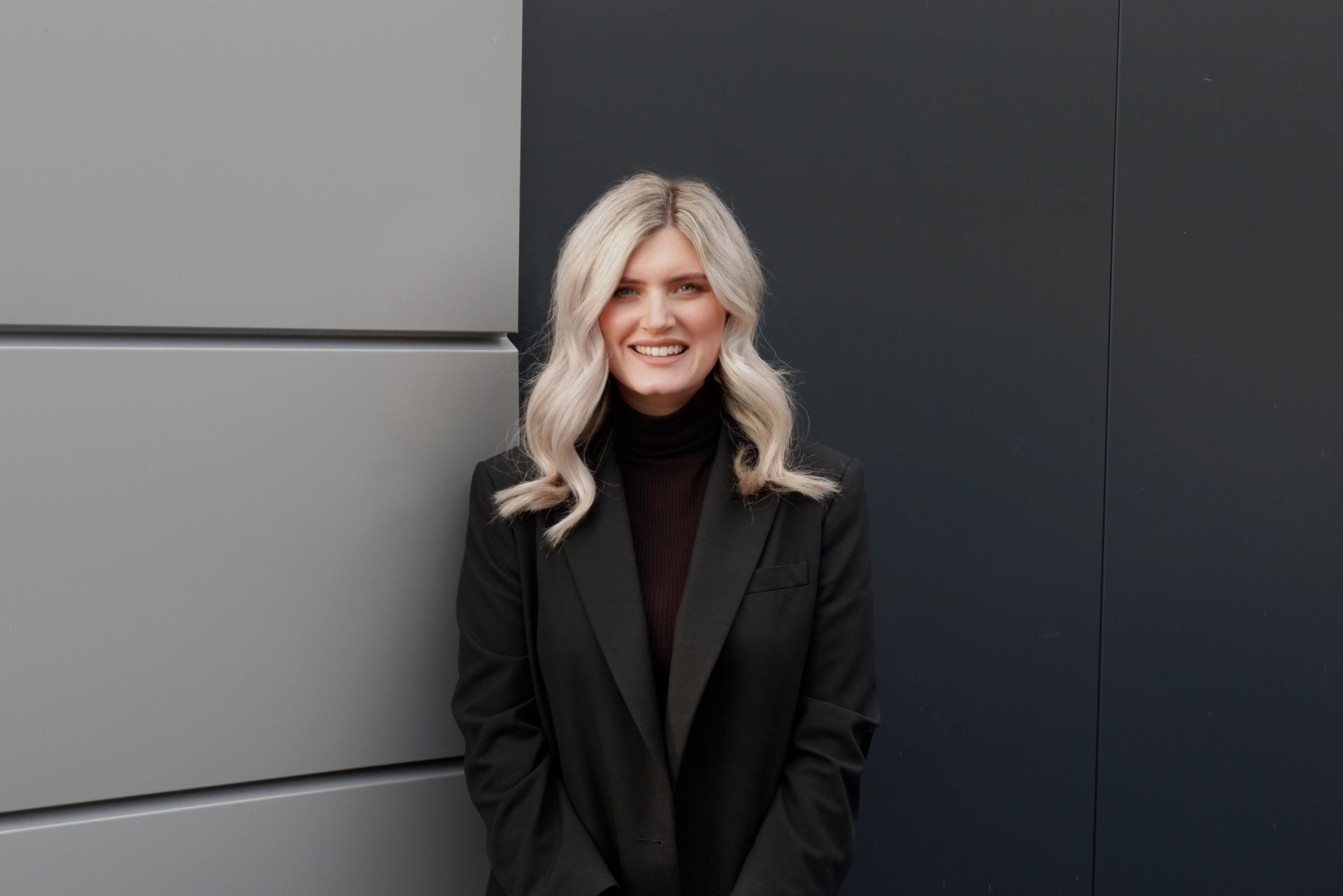 Amy Mactaggart - Director
Amy joined husband Nick at GCS in February 2017 after having worked as a Legal Secretary. Now working part time after having son Hugo in August 2020, Amy manages the day to day running of the office. Amy’s various spreadsheets help stop Nick over-spending on stock, which he is very, very grateful for.
First Started In The Motortrade - 2017
Favourite TV Series/Film - The Office (US) & The Blind Side
Hobbies - Family Walks, Spinning & Baby Classes with Hugo
First Car - 2003 Rover 25
Dream Garage - A 1960’s Fiat 500 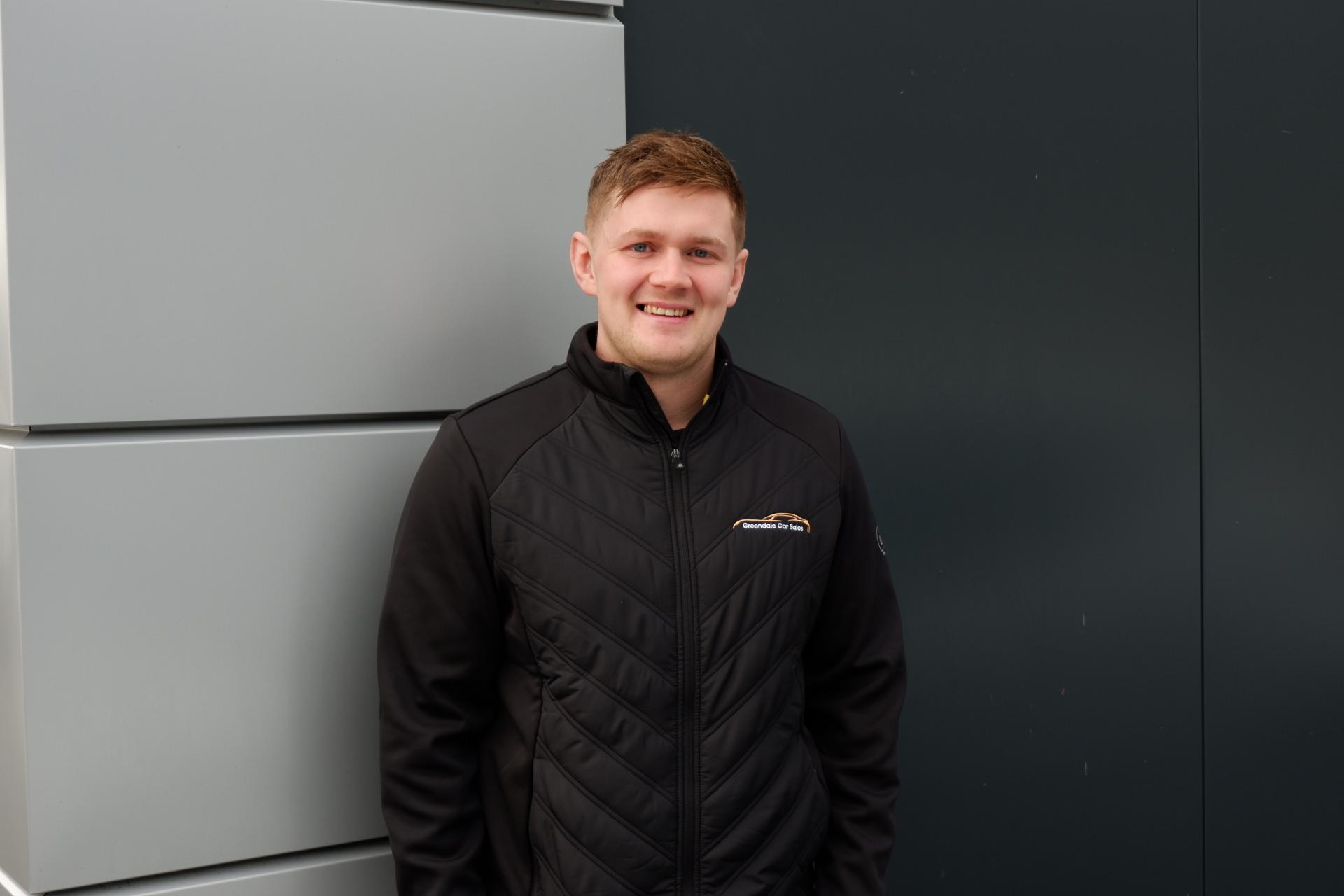 Shaun Fairbairn - Sales Executive
Shaun joined GCS in July 2020 having previously worked as a butcher and then with the Scottish Borders Council. Shaun came to us with an abundance of customer service experience and always makes the buying process a pleasure for his customers. If he’s not turning out for Hawick RFC at the weekend, you can be sure he is rustling up something delicious in the kitchen!
First Started In The Motortrade - 2020
Favourite TV Series/Film - One Tree Hill & Gladiator
Hobbies - Rugby, Cooking and Walks with Katie & Sully
First Car - Audi Q3
Dream Garage - Audi SQ5 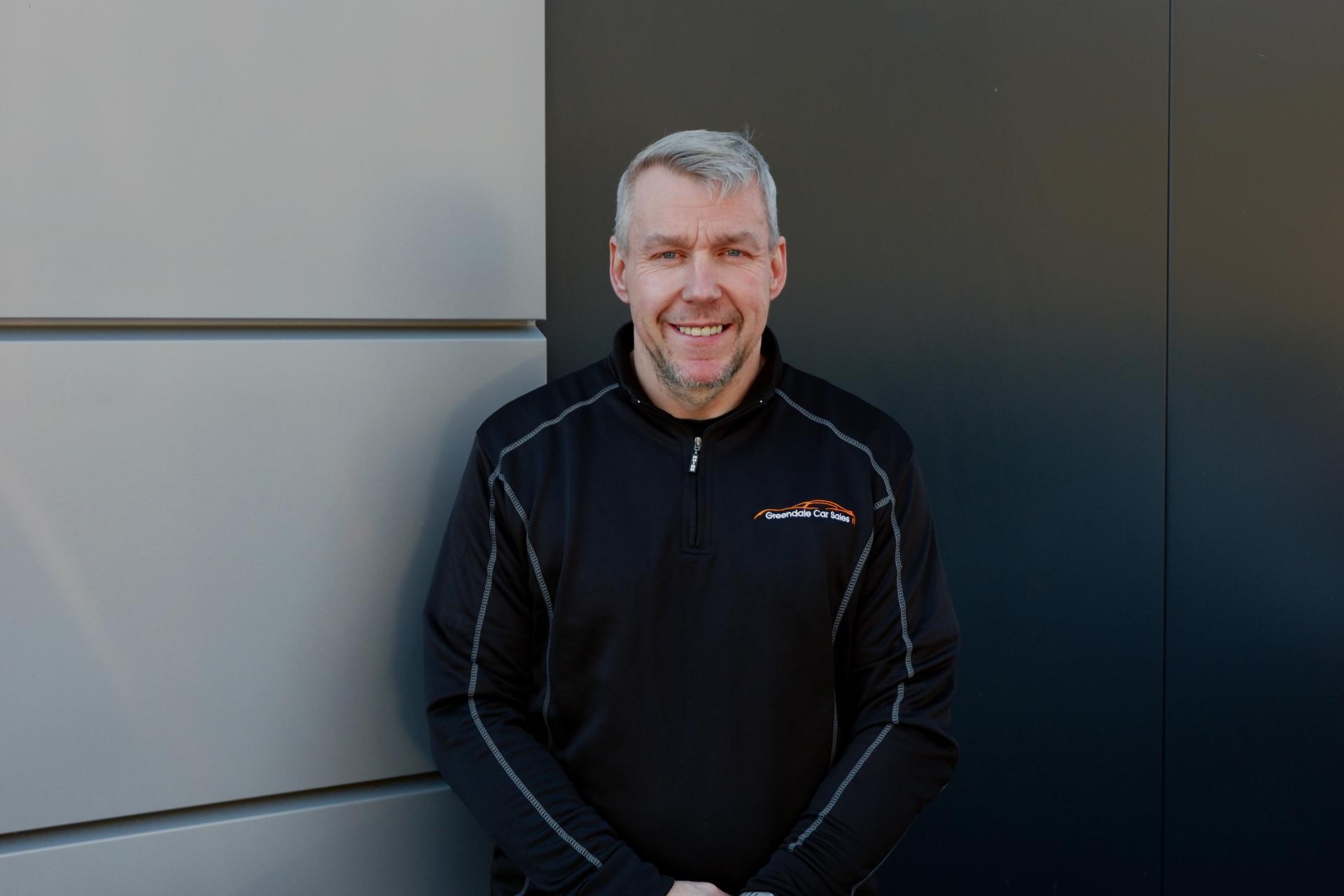 Gavin Robson - Valeter/ Vehicle Progressor
Gav joined GCS in October 2019, but has had various roles within the motor trade over the years. Gav’s strong work ethic ensures all vehicles reach their new owner looking their best. If he’s not at the gym, on the bike or doing OCR, rumour has it you can find him in his hot tub with a cold beer!
First Started In The Motortrade - 2001
Favourite TV Series/Film - S.W.A.T. & The Original Star Wars Trilogy
Hobbies - Mountain Biking & OCR
First Car - Vauxhall Nova
Dream Garage - Porsche 911 GT2 RS or Audi R8 V10 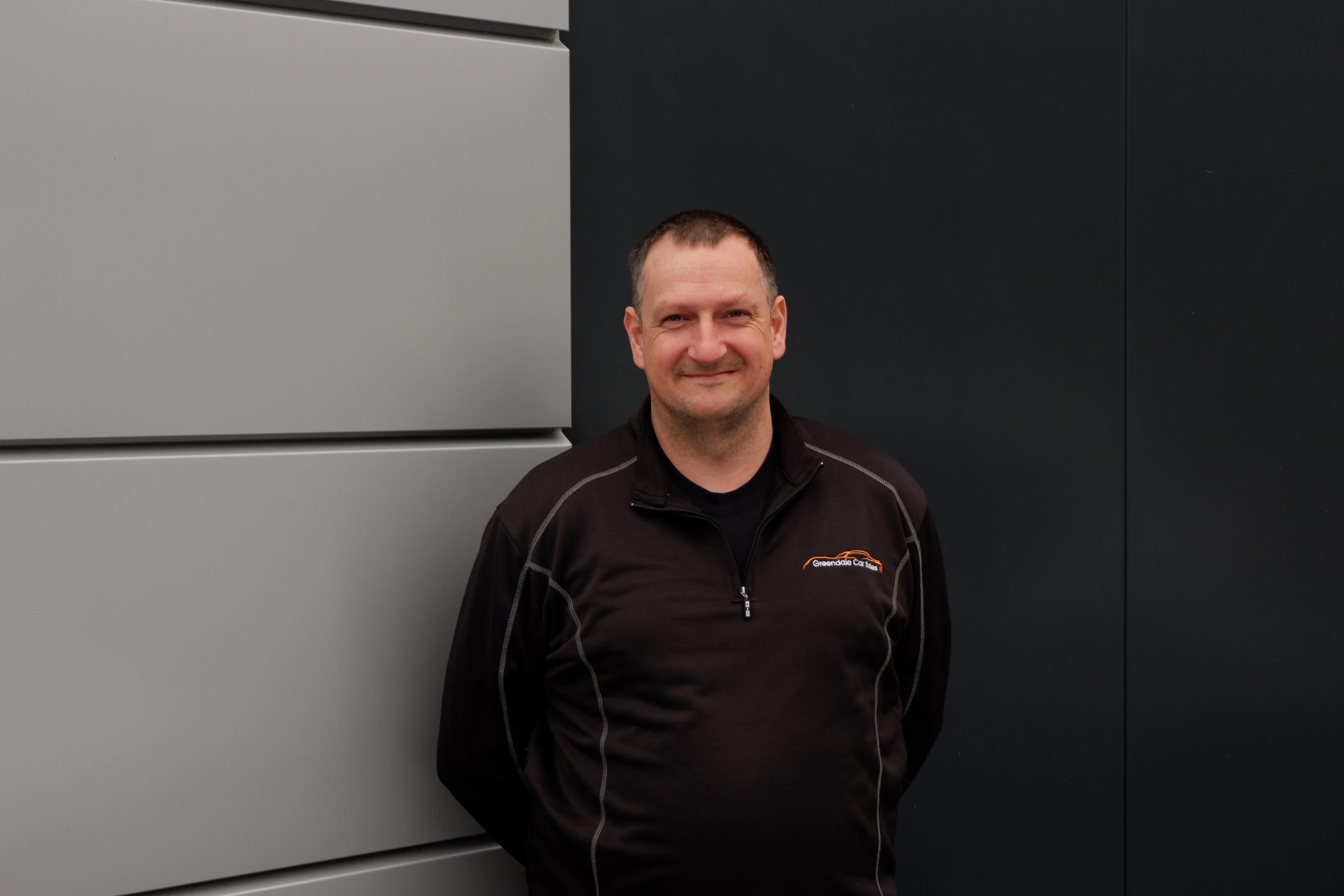 Allan Morrison - Workshop Technician
Allan joined us in October 2019 after spending a number of years working at a VW main dealer, bringing a wealth of knowledge with him. His meticulous attention to detail means all of our vehicles are prepared to the highest standard for their new owner. Ozzie spends a lot of his free time helping out his local football team, Hawick Legion.
First Started In The Motortrade - 1997
Favourite TV Series/Film - Prison Break & Back to the Future Trilogy
Hobbies - Football & Watching TV
First Car - Vauxhall Nova
Dream Garage - Subaru Impreza P1, MK1 Golf GTI & an Audi RS6 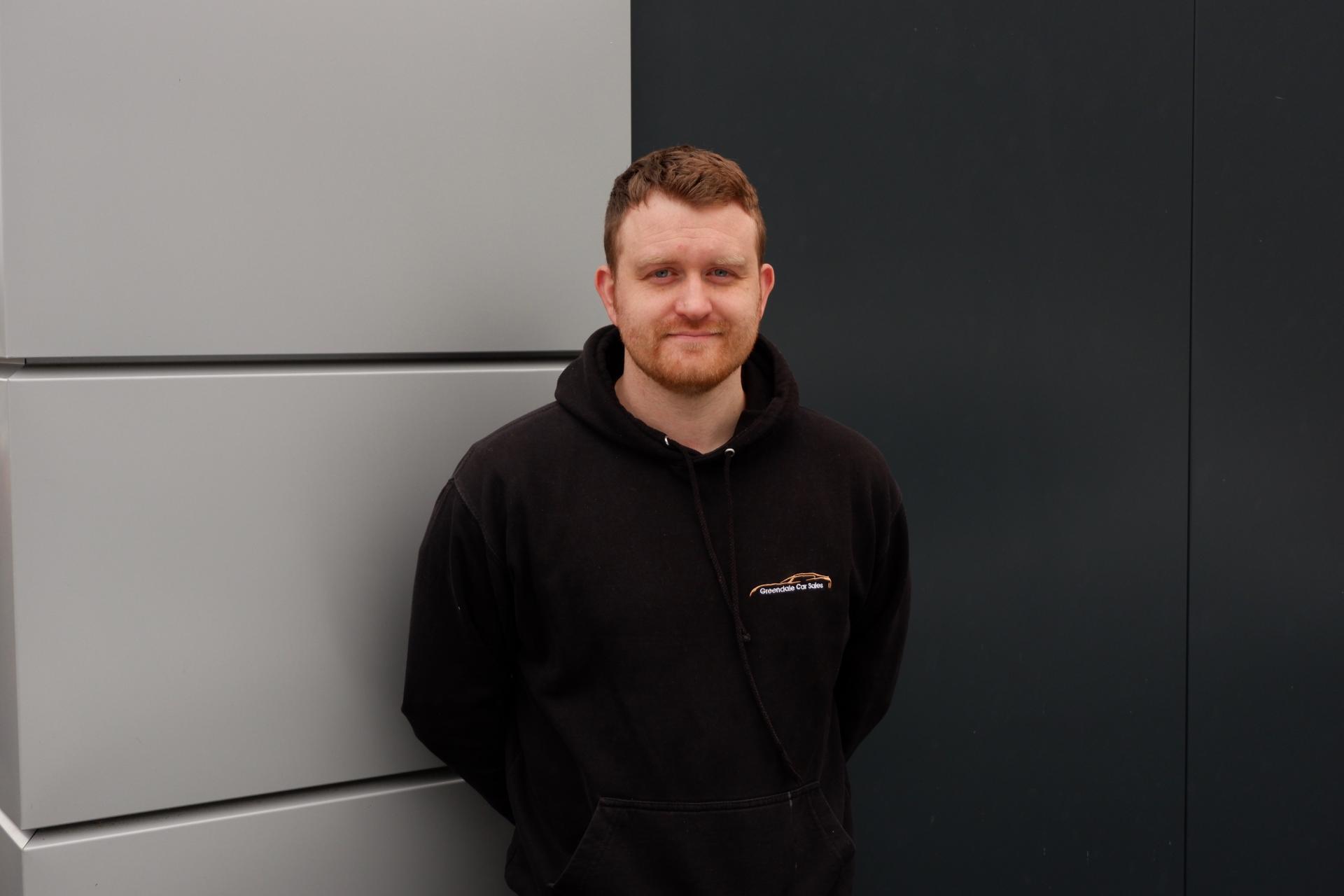 Andrew Hutchison - Valeter/Vehicle Progressor
Andy joined the company in September 2021. His previous experience working with Rolls Royce & Aston Martin has proved a huge asset to GCS. Helping us turn out our vehicles to the highest of standards with his paint correction and detailing expertise. And with the most convincing David Attenborough impersonation we have ever heard, keeps us all entertained!
First Started In The Motortrade - 2015
Favourite TV Series/Film - Grimm/ Loki & Constantine
Hobbies - Spray Art & Gaming
First Car - Triumph Toledo
Dream Garage - Metro 6R4, Lamborghini Diablo & Mercedes Cosworth 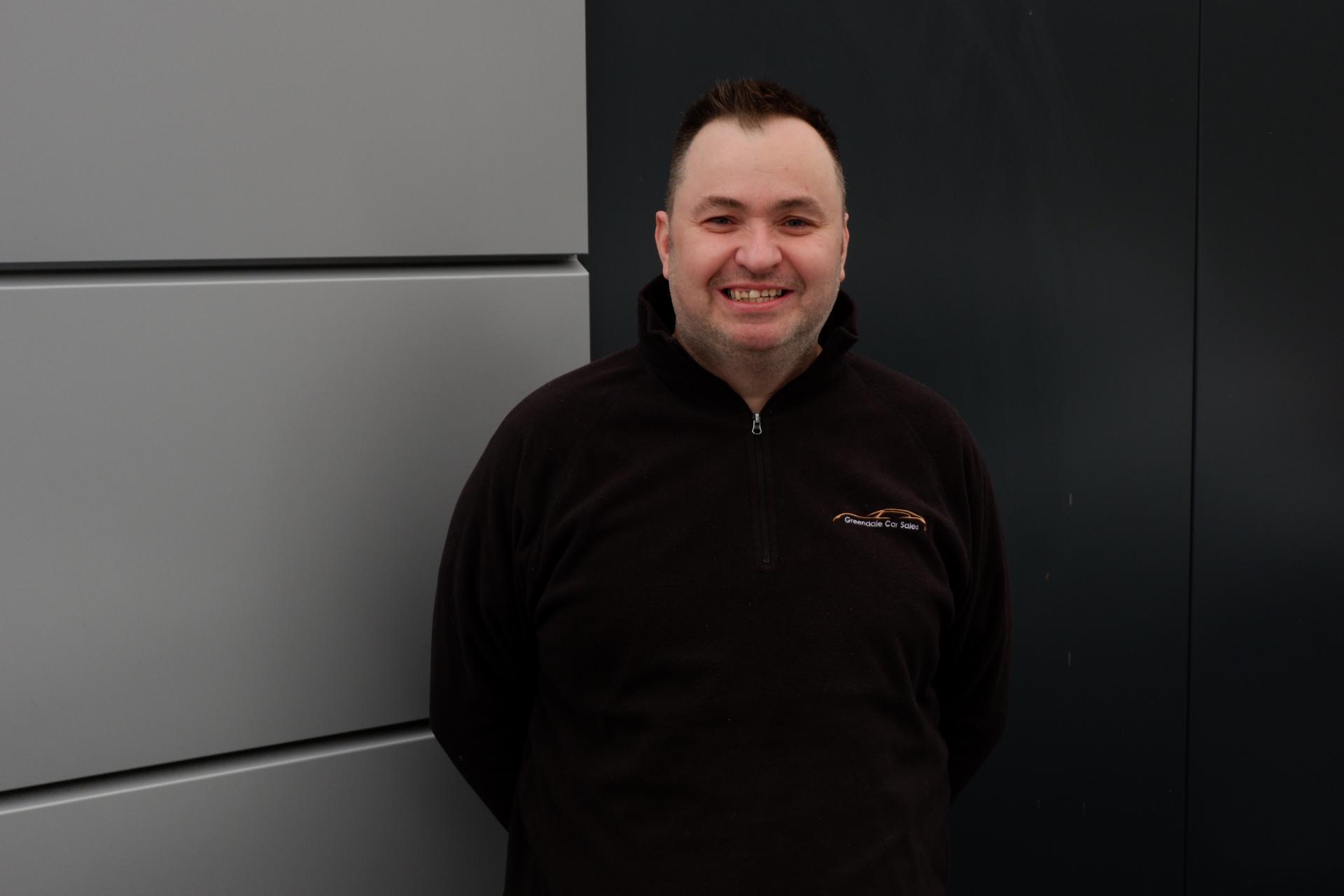 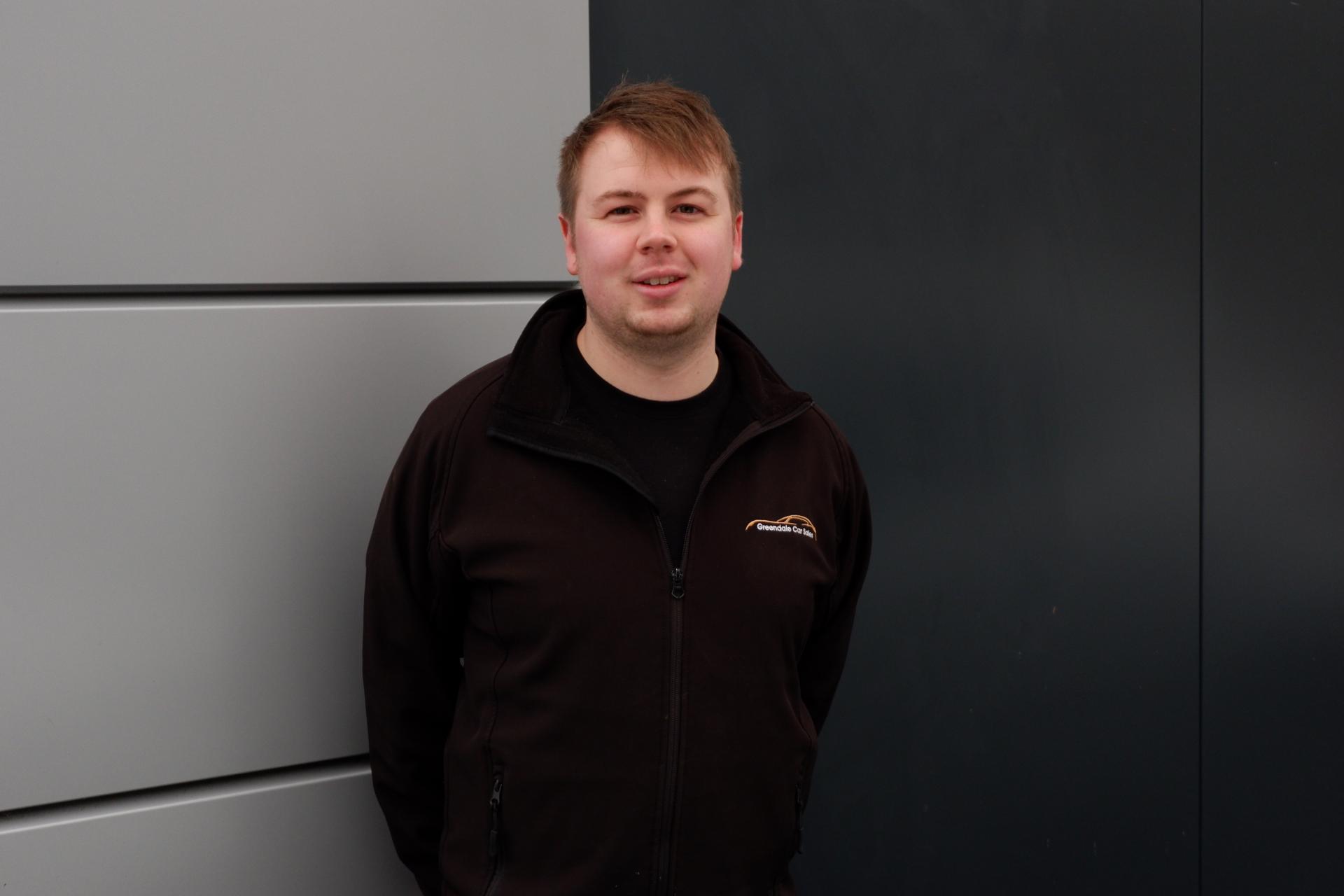 Michael Harkness - Workshop Technican
Michael joined us in October 2021, possessing a great balance of experience for his age. Having previously worked with Peugeot & Toyota and laterally doing vehicle recoveries, Michael isn’t afraid to delve into a big job. He’s also on hand with his drone, providing us with some great workshop clips for our social media. You can usually find Michael at his local pub, often on both sides of the bar!
First Started In The Motortrade - 2009
Favourite TV Series/Film - Still Game & The Gentlemen
Hobbies - Motorsport & Mountain Biking
First Car - Ford Fiesta
Dream Garage - Escort Cosworth, Audi RS6 & Ferrari F40 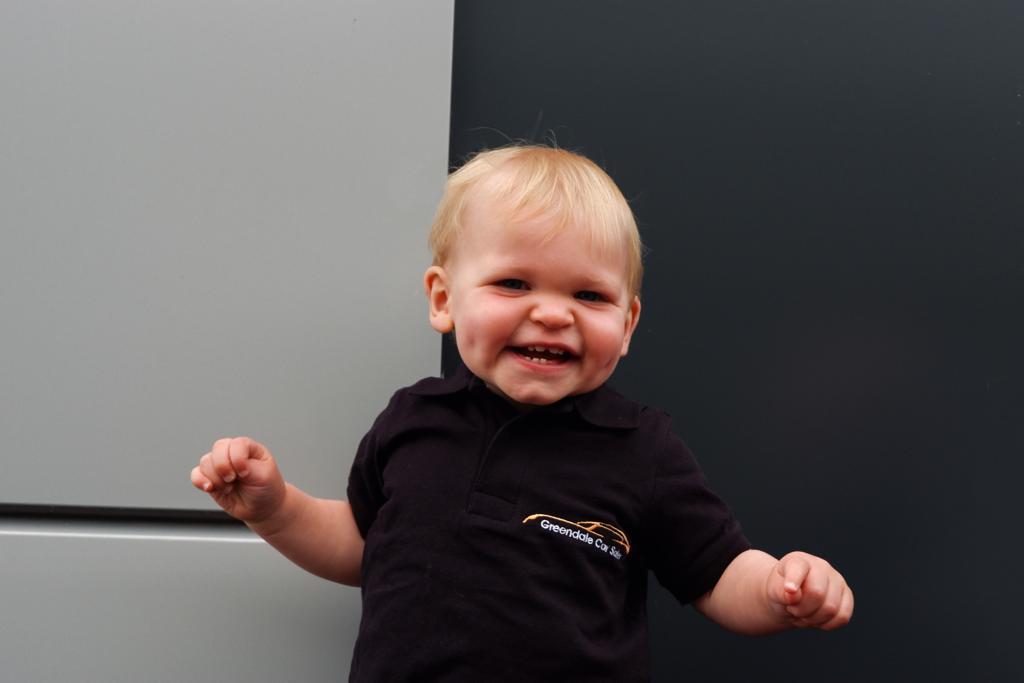 Hugo Mactaggart - Junior Executive
Hugo spends most of his working week with Mum, occasionally popping into the office to check up on Dad. He enjoys taking wheels around the borders to be refurbished, as well as other errands to collect car parts with Mum in the car, especially if he spots a digger on the way. He looks forward to helping Dad collect cars over the next few years, before taking over the reins completely so Dad can retire.
First Started In The Motortrade - From Birth
Favourite TV Series/Film - Postman Pat & Hey Duggee
Hobbies - Soft Play, Going to the Park & Looking for Diggers
First Car - Remote Control BMW
Dream Garage - JCB 16C-1 Mini Digger

I bought a car recently and the service I received was excellent, absolutely no hard sales talks, genuine, helpful, informative & super easy, I had my... Read More

Just bought a car from Greendale no hassle great company to deal with would use them again thanks to the team at Greendale cars well impressed.... Read More

Service at Greendales is outstanding, I have bought 3 cars off Nick over the years and the service just gets better and better. I would highly recomme... Read More

Brilliant service from the start from Shaun and Nick. Really clear and honest, provided a video to view from distance then arranged a no-pressure test... Read More

Fantastic service from Shaun and Nick at Greendales Car Sales, Returning customer and they were very helpful friendly and patient with me whilst tryin... Read More

New car absolutely love it! Sales reps could not say a bad word, very professional, make you feel welcome! Made it so easy to buy my car, would not he... Read More

That’s my 5th car bought from Nick at greendale car sales, I can’t fault his friendly and honest attitude to myself and my family, a really friend... Read More

I recently bought a golf gt which is my second car from greendale and once again the service I received was out of this world from Shaun and Nick. Eve... Read More

Fantastic friendly supportive service from Nick and all the staff at Greendale.

I have just bought a Suzuki Ignis from Nick at Greendale. Excellent service from start to finnish. No hard sell or pushy sales pitch. Very easy to dea... Read More

Thankyou for your excellent service. The Greendale Team were really helpful and friendly when selecting my new car. Would recommended for future use!... Read More

Brilliant team their not pushy in slightest they made the whole process so easy. Will definitely be back in future... Read More

Super company to deal with especially with current COVID-19 restrictions. Made every step as simple as could be.... Read More

From first contact to the deal been completed nothing was too much trouble for Nick at Greendale. With me been in North Wales and Greendale in the Sco... Read More

Absolutely amazing service 5* .Can’t thank Nick enough for what he done & the way things were in place due to covid 19. Couple of days after we said... Read More

Friendly, efficient and reasonable. Really pleased with my experience

I bought a car from Greendale many years ago, so I had no reservations about buying from there again. Everything was so simple and the aftercare is se... Read More

Great service and kept us up to date with everything - highly recommend. Thanks again!!... Read More

Best service me and my wife have had buying a car. From start to finish it's been really good. Would recommend you to loads of people. Really pleased... Read More

No pushy salesman patter. The team are amazing and so helpful. A huge assett to the town of Hawick and I honestly will never go anywhere else!! A* tre... Read More

I'm really really fussy about my cars and traveled 400 miles to view and ultimately buy a car from here! Nick was 100% honest with description and cou... Read More

Just bought my third car from Nick at Greendales excellent service once again always goes beyond what is expected thanks again... Read More

First car purchase from Greendales and got great service , picked up car and was all serviced, mot done and spotless ,a first class service and would... Read More

Picked up my new car yesterday and safe to say I am thrilled to bits with it. Nick is extremely helpful and honest, not in the slightest bit pushy and... Read More

Excellent friendly service.. Nothing was too much trouble. Would definitely recommend for a stress free experience of buying a car.... Read More

Nick, and the superb service he provides, is highly professional, totally open and transparent in all respects and it comes with absolutely zero car s... Read More 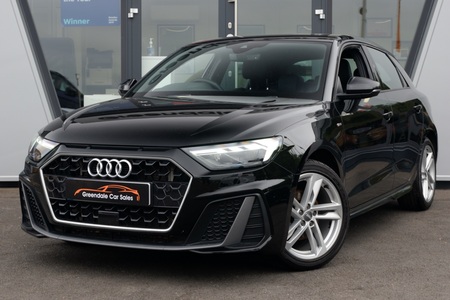